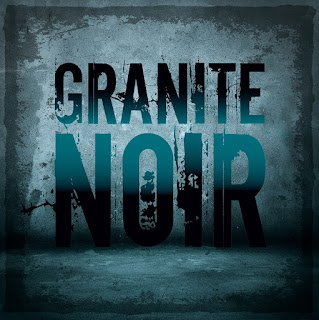 I had an amazing time in Aberdeen at the Second Annual Crime Writing Festival. As one of the few Americans in attendance, I had the opportunity to gain perspective on writing from authors and mystery fans from "across the pond."

Among the highlights were interviews with one of the UK's most popular actor/authors, Hugh Fraser. If you are a fan of PBS's Mystery series, you will undoubtedly recognize Hugh Fraser as Captain Hastings, Hercule Poirot's straight laced sidekick.
In his first novel, Harm, Fraser's protagonist, lesbian contract killer Rina Walker, is about as far from Captain Hasting as one could imagine. He told an amusing story...

Fraser was at a book fair mingling with fans when he was approached by an elderly lady who was quite thrilled by her opportunity to meet the charming and reserved Captain Hastings.

She purchased copy of Harm, and began reading it as she waited at the bus stop. Fraser and another lady attending the book fair watched the elderly woman through a window. She got to about page three and promptly threw the book into a nearby trash can. The woman watching with Fraser was astonished! Why would she do that? Fraser surmised that the lady reached page three where he used the "C" word. His companion considered. "Well, in that case can I buy two copies?" 😏 I guess there are those 50 Shade types, and the non-50 Shades types!

Another highlight, for me, was the Poison High Tea held at His Majesty's Theater. Here, Dr. Kathryn Harkup, chemist and author of  A is for Arsenic, treated us to plates of warm scones, pastries and dainty sandwiches. Everything on the menu contained ingredients that could...and did... become lethal in the hands of literary Grand Dame Agatha Christie. Dr. Harkup talked about Christie's favorite poisons, describing how she deployed them, and where she found her inspiration.


Very helpful to me as I pen my next novel in the Ivy Snow Mystery Series "Peril in Paradise!"

Posted by Unknown at 2:05 PM No comments:

Please join me for a signing of my new Ivy Snow Mystery "Death at Heart's Desire."Plus...Hostess, Beth Whitlock, will be showcasing her fabulous Holiday/Early Spring Estate Jewelry Collection.Artistically intriguing all around! Hope to see you there!

Girl's Night Out
The Fairmont Pittsburgh was the scene where local celebrities gathered to celebrate the distinguished "Best Office Pet" award presented by Pittsburgh Magazine as part of their "Best of the Burg" issue. Graciously accepting the award was Edie of the Fairmont, who serves as a tour guide of the Golden Triangle on behalf of the hotel.
Mystery author, Janet Winters, was on-hand to congratulate & celebrate Edie's success. "She's the perfect pooch" quipped Winters. "She's an ambassadress with style and grace. I taught her everything she knows." Edie said "Woof."

Posted by Unknown at 4:38 PM No comments: 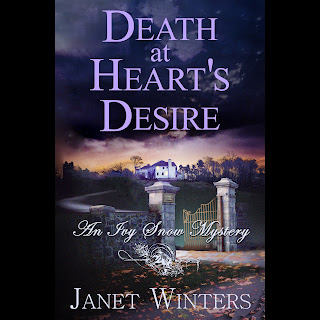 Ivy Snow’s days are numbered. That is if Bart Skeleton has his way. He’s been humiliated and incarcerated thanks to his ex-wife, and now he’s hell bent on revenge.

In Death at Heart’s Desire, former Olympic equestrian and magazine publisher, Ivy Snow, strives to fashion a new life for herself and her teenage twins, while bigamous ex-husband, Skeleton, serves hard time.  Former Olympic equestrian and amateur sleuth, Ivy Snow returns after a triumphant success in the thrilling mystery, Murder at Morgan House.
Her peaceful existence is short lived.
After a daring prison escape that leaves a river of death in it’s wake, Skeleton hatches a diabolical plan to put Ivy in her rightful place...the graveyard. With the help of her psychic young daughter, Jaycee, and dashing paramour, Detective John Garrett, Ivy tries desperately to untangle Bart’s web of destruction before it’s too late.

Posted by Unknown at 1:43 PM No comments: 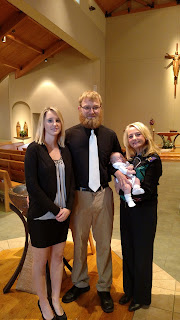 Baptism day for my beautiful new grandson, Neil Curtis Winters. It was a wonderful day for my son Brian, his wife Jackie, brothers Max and Nash, and godparents Allison Stouffer and Ben Tosh. Our families joined together to celebrate Neil's debut into the Christian community. I just had to brag....
Posted by Unknown at 9:19 AM No comments: